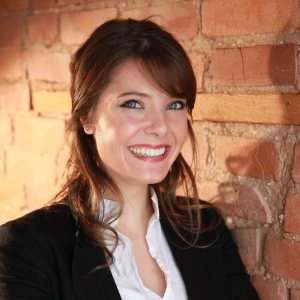 Katie Uhlmann is an award winning director, writer, and actor and was born and raised in Trenton, Ontario, Canada. After graduating from Queen’s University with a degree in drama and psychology, she started pursuing a career in film and moved to Toronto. Katie has acted in countless shows (Workin’ Moms, Just Passing Through, Paranormal Witness), commercials and independent films (Kingdom Come). She is also known for her work as a host on her web show entitled Katie Chats where she completed over 3000 interviews with guests including David Cronenberg, Tatiana Maslany, and Oscar-winning actress Juliette Binoche. Katie has now turned to focusing on creating female character driven comedic content. Her first short film entitled “Pyramid Scream” is an absurdist comedy about a woman who will go to any length to recruit a new member to her pyramid scheme business. The film has gone to festivals internationally, and won several awards including The Festival Director Award at the Toronto Independent Film Festival. Katie is the director, co-creator and co-star of the critically acclaimed comedy webseries, My Roommate’s an Escort. 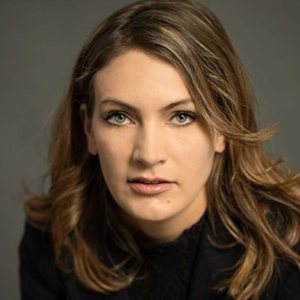 Trish Rainone is an actress, writer and producer from Sault Ste. Marie, Ontario, Canada. She graduated with a degree in Psychology from Laurentian University after first dropping out of film school. Trish has appeared in several commercials, short films and feature films and tv series including V-Wars on Netflix. After earning a series of acting roles and with a desire to create, (and wanting to play a fun, leading role) Trish began writing and producing. The first short film she co-wrote and produced, Constance, had a successful film festival run in 2016 in the States and Canada, earning her a Best Actress Award. Trish met Katie Uhlmann in January of 2016 and they began writing together immediately.  She loves being Heather in My Roommate’s an Escort and can’t wait to create more! 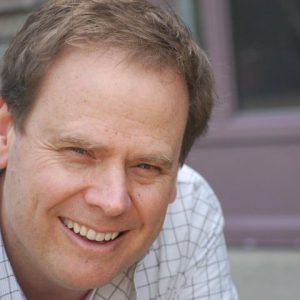 David is a veteran producer and 1st AD. With over 50 credits to his name, David has collaborated with producers, directors and actors from many of the major studios, streaming services and networks, including Netflix, Hulu, CBC, Hallmark, BBC, Lifetime, Sony, Global, CBS, CTV and Showtime. 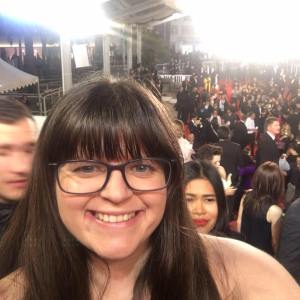 Rebeka Herron is an alumna of Capilano University’s Motion Picture Program and the Cineplex Entertainment Film Program Producers’ Lab at the Canadian Film Centre. Herron is a notable member of the Academy of Canadian Cinema & Television, the Canadian Media Producers Association (CMPA) and Women in Film and TV – Toronto (WIFT-T). Herron worked in development for Brightlight Pictures before transitioning to the story department on several lifestyle and reality programs, including the award-winning series, Ice Pilots NWT. She directed and produced the original fitness series, Kiss My Incoming Abs, airing on NOVUS TV, and produced VR Wonders Of The World, a virtual reality nature doc series with Perspective Films. Over the last several years Rebeka has worked as a freelance producer; The Undertaker’s Son, of which she produced for the Affolter Brothers, was programmed as part of Telefilm Canada’s Not Short on Talent showcase at Cannes and has won several awards including Best Narrative Short at the Yorkton Film Festival.

Herron spends her day working for Taqqut Productions, an Inuit production company specializing in animation and children’s content. At Taqqut, Herron works in development and production as a line producer and production supervisor on several television series such as; the popular children’s series Anaana’s Tent, Ukaliq & Kalla, and Kuluk. She also is working on Shaman’s Apprentice a stop-motion TV movie directed by famed Inuit filmmaker Zacharias Kunuk and producing UNNIKKATUAT a four part documentary series following the creation of a multimedia circus performance, shot in Ontario, Quebec, Northwest Territories and Nunavut, Canada.

MY ROOMMATE’S AN ESCORT 2

SEASON 2 HAS LAUNCHED  ON FACEBOOK, ONNtv and SEEKA TV

Toronto, Canada – January 3, 2020 – Katie Chats Inc. is pleased to announce the launch of the second season of the hit original comedy web series My Roommate’s an Escort  on Facebook, ONNtv, and Seeka TV in the US.